Asus has unveiled the next iteration of it’s smartphone and tablet hybrid, PadFone 2 in Taiwan today. PadFone 2 is a combination of a Smartphone and a docking station, the dock station has a bigger display and a separate battery for long battery life.

PadFone was first unveiled at Mobile World Congress this year, in India Asus launched this in September. PadFone 2 comes with a refined design and improved hardware specs. PadFone 2 is bigger and thinner than the original PadFone, the original PadFone weighs around 854 grams and this new on weighs just 649 grams including the PadFone. PadFone 2 has a 4.7 inch Super IPS+ HD display panel with 1280 x 720 pixel resolution, it uses Sharp’s IGZO technology. It is powered by a Qualcomm’s Snapdragon S4 1.5GHz Quad-Core processor. This is the powerful ARM chip out there, LG Optimus G and Xiaomi MI-Two are the only handsets that are using this chip at the moment. It runs on Android Ice Cream Sandwich OS, but Asus promises that Jelly Bean update will follow soon after the launch.

It ha s a 13 megapixel BSI sensor at the rear with a f/ 2.4 aperture, made by Sony and a 1.2 megapixel front camera for video calling. the 13MP rear camera can shoot 1080p at 30fps, 720p at 60fps and 100 consecutive shots. Other specifications include 2GB of RAM, Corning Fit glass, NFC, 50GB of Asus web storage, 2140 mAh fixed battery on the phone. The smartphone will be available in 16GB/ 32GB/ and 64GB versions. It will have LTE connectivity support. There is a 13-pin connector that will handle the data transfer, signals, power between the tablet and the phone, this connector is also compatible with microUSB.

The PadFone tablet will come with 10.1 inch IPS display with 1280 x 720 resolution. It gets 5000mAh battery, which is slimmed down as the original battery is at 6600mAh. The PadFone 2 docking stations is slimmer than the original one, partly because there is no phone bay cover on this one. Slotting the phone into dock station is a lot easier, and the screen switches to the tablet screen immediately after slotting the phone, if you have watched the live event you will know it doesn’t take more than a second or two. 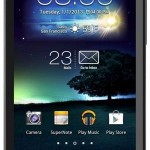 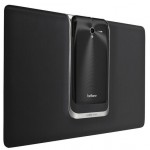 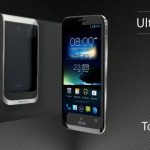 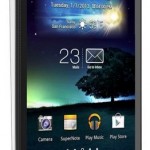 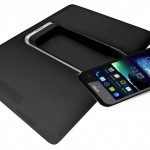 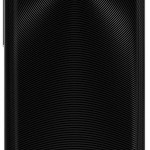 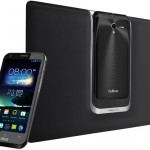