You are here: Home / Android Apps / Dead Trigger 2 for Android is now available, Download for free

Dead Trigger is a popular Zombie killing game from MadFiner Games Studio, it is quite popular on Android games list. MadFiner Games has released a sequel to that as Dead Trigger 2, it is now available for free download from Google Play store. If you like shooting Zombies at your will you should download this game.

The Dead Trigger game play with rich graphic content. Like its previous version it is also a first person zombie shooter game. You fight for the survival in a zombie infested land, where zombies want to kill you for no apparent reason. This time the game studio says the game sets in real time, meaning the game play will occur at different locations depending on the players and behavior of the players during the game play. 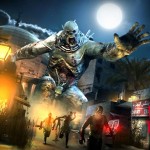 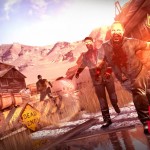 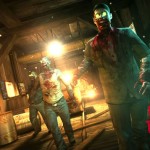 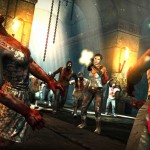 “This real time and never-ending story will be affected by the behavior of every single player,”
explains Marek Rabas, CEO at Madfinger Games. With each following update, the action will shift to
varying locations and continents with the concrete development influenced directly by the
participation of players. The action will be global, players will fight against local zombies in Shanghai,
London or in the middle of the desert far away in Africa.