Rumors are swirling from quite some time about the launch of Google Nexus tablet from Asus. Today Google announced the 7 inch tablet called Nexus 7 manufactured by Asus at Google I/O conference. Nexus 7 comes with the next version of Android, Android 4.1 Jelly Bean. The tablet is optimized for movies, music and magazines. You can take your iTunes library to Google Play and play your collection on Nexus 7.

Google touts that this tablet will give 8 hours of Video playback, 10 hours of web browsing or 10 hours of e-reading.

This is the first device to ship with Android 4.1 Jelly Bean and is also the first device to come with Chrome as the standard browser. The tablet is available in 8GB and 16GB models and pricing starts at $199 for 8GB model and $249 for 26GB model, you will also get $25 Google Play credit for limited time. You can pre-order the device from Google Play Store, the tablet will ship in mid July though. It is not available internationally yet, but users from Australia, Canada, UK and US can pre-order now. 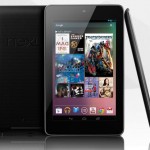 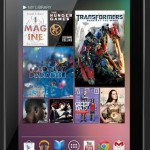 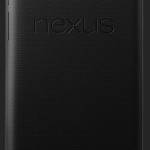 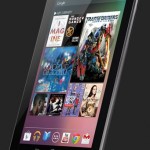