You are here: Home / Archives for Ascend P1 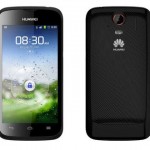 Airtel and Huawei unveiled a 4G LTE smartphone in India at Innovation Qualcomm India 2012. This is the first smartphone in the country that supports LTE network. But don’t’ get excited as except Kolkata and Bangalore none of the telecom circles in the country support LTE. Airtel launched 4G services ... END_OF_DOCUMENT_TOKEN_TO_BE_REPLACED