You are here: Home / Archives for Ascend P6 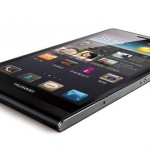 Huawei has launched the Ascend P6 S in China quietly with out much fanfare. The Ascend P6 S is an upgraded version of the Ascend P6. The upgrade version is a little bit thick at 0.3 inches than the previous model which is one of the thinnest phones in the market. The exterior of the phone looks same ... END_OF_DOCUMENT_TOKEN_TO_BE_REPLACED 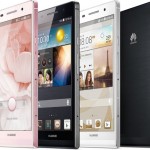 Huawei has finally launched one of its flagship phone Ascend P6 in India, Huawei called it world’s slimmest phone when it was first announced with its thin profile at just 6.18mm thickness. Ascend P6 is priced in India at ?29,999, at this price it is going to compete with several handsets from S ... END_OF_DOCUMENT_TOKEN_TO_BE_REPLACED 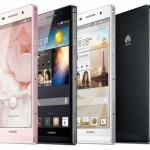 Huawei has officially announced Ascend P6 at London. The phone has been leaked several times before and it is the new flagship from Huawei. It you think that this phone looks like iPhone you are not alone. It comes with an aluminum metal body and looks very thin, at 6.18mm it is the thinnest phone ... END_OF_DOCUMENT_TOKEN_TO_BE_REPLACED