You are here: Home / Archives for LG Optimus G Pro 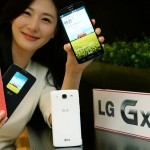 LG has launched another Android handset in its home market South Korea. The LG Gx launched today comes with a 5.5-inch display with Snapdragon 600 processor under the hood. The specifications remind you of the LG Optimus G Pro, it looks like a refreshed version of the device. ... END_OF_DOCUMENT_TOKEN_TO_BE_REPLACED 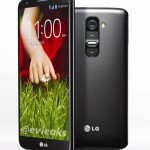 LG is expected to unveil its next phablet smartphone LG G2 todat at an event in New York. LG G2 is the successor to the LG Optimus G Pro smartphone and it will come with more goodies than the previous one. Ahead of the official announcement purported images of the LG G2 leaked online, these images ... END_OF_DOCUMENT_TOKEN_TO_BE_REPLACED 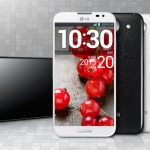 LG has officially launched the Optimus G pro phablet in India, the device is priced at Rs. 42,500. LG first showcased this device in February and launched in Korea later. It is a new flagship device from LG and it is going to compete with the Samsung Galaxy Note II. ... END_OF_DOCUMENT_TOKEN_TO_BE_REPLACED