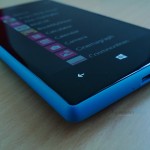 Nokia now has a Windows Smartphone for every price segment. The Lumia 520 is at the lower end retailing at Rs. 10500 and the Lumia 920 is at higher end retailing at Rs. 35999. While Nokia launched 920 and 820 earlier in India they are not affordable to the most of the public, but with the ... END_OF_DOCUMENT_TOKEN_TO_BE_REPLACED 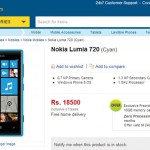 Nokia Lumia 720 announced first in this year’s MWC is a mid-range Windows Phone 8 device. Nokia launched this phone officially in India last month along with the Lumia 520 and said it will be available by the end of April. It was expected to carry a price tag below Rs. 20,000 and as expected it is l ... END_OF_DOCUMENT_TOKEN_TO_BE_REPLACED 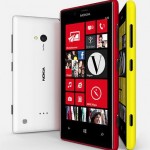 Nokia today launched both Lumia 720 and Lumia 520 in India, both these handsets were unveiled at MWC 2013. Lumia 720 will fit in between Lumia 820 and recently released Lumia 620. It is a mid range device running Windows Phone 8 and Lumia 520 is a entry level device for Nokia running WP8 as well. ... END_OF_DOCUMENT_TOKEN_TO_BE_REPLACED