You are here: Home / Archives for Nexus Smartwatch 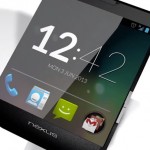 According to a report on WSJ Google’s smartwatch is in late staged of development and might be in the market sooner than we expected. According to its WSJ sources Google is talking to Asian suppliers to begin mass production of the device. The smartwatch could come with in months. ... END_OF_DOCUMENT_TOKEN_TO_BE_REPLACED