You are here: Home / Archives for Ninja 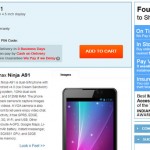 Micromax said earlier that they will release 30 phones this year, true to its word they are pumping several Android smartphones recently, the latest phone to hit the market is Micromax Ninja A91. This is a mid-range Android smartphone targeting the budget conscious market. ... END_OF_DOCUMENT_TOKEN_TO_BE_REPLACED 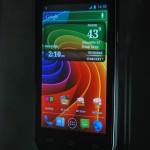 Last year Micromax released several Android powered smartphone at different price points, this year won’t be different for Micromax, as it is planning to release at least 30 new handsets. Micromax has already released a 5-inch phablet Micromax A116 Canvas HD, following that release it launched a ... END_OF_DOCUMENT_TOKEN_TO_BE_REPLACED 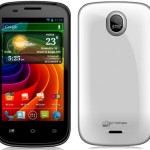 Micromax recently revealed it’s latest smartphone A89 Ninja with 4-inch screen and Android ICS. This phone is already available for purchase via online retailers, Infibeam.com is selling this phone for a discounted price of Rs. 6249, while Flipkart is selling for a price of Rs. 6190. ... END_OF_DOCUMENT_TOKEN_TO_BE_REPLACED