You are here: Home / Archives for Nokia Tablet 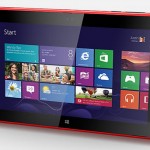 Nokia has just announced it’s first tablet Lumia 2520 running Windows RT 8.1 at Nokia World 2013. Nokia announced a host of devices including Lumia 1320, Lumia 1520 and Asha series of smartphones along with Lumia 2520. It is long rumored Nokia Tablet and is first for Nokia. ... END_OF_DOCUMENT_TOKEN_TO_BE_REPLACED 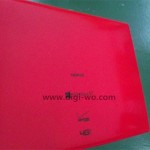 Nokia is all set to unveil a new 10.1-inch tablet resembling the Lumia design late next month. The tablet appeared just a week back in leaked photos, now some more details emerged through The Verge. The tablet will resemble Nokia Lumia Smartphone design and will compete with the popular iPad. The ... END_OF_DOCUMENT_TOKEN_TO_BE_REPLACED 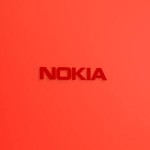 Nokia is teasing an image on its Facebook page and its Conversation blog with “something big landing here tomorrow”. No further details are available though. We are not sure what Nokia is planning to launch it could be another Lumia phone probably the Lumia 625 or it could be a tablet. ... END_OF_DOCUMENT_TOKEN_TO_BE_REPLACED