You are here: Home / Archives for Oculus VR 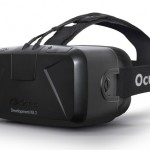 Facebook today announcing that they are acquiring Oculus VR for around $2 billion. Oculus VR is a virtual reality focussed company, it raised 2.4 million dollars through Kickstarter and then few months ago it raised $75 million series B round. Oculus VR doesn’t have a consumer product as of now, but ... END_OF_DOCUMENT_TOKEN_TO_BE_REPLACED