You are here: Home / Archives for Ubuntu Edge 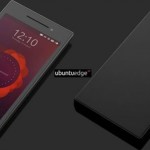 Canonical, the company behind Ubuntu OS is working on Ubuntu Touch also called Ubuntu for Mobile or Ubuntu for phones for quite some time now. Canonical now wants its users to fund a Ubuntu Edge smartphone, it turned to Indiegogo for crowd funding the project. It aims to raise $32 million for ... END_OF_DOCUMENT_TOKEN_TO_BE_REPLACED