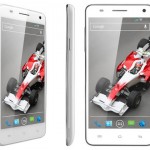 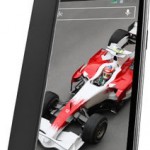 Xolo Q3000 is a new phablet from Xolo, recently spotted on Flipkart. Xolo has not officially launched this phone but expected to launch in the first week of January. The Q3000 is now on pre-order from online retailer Infibeam, according to the listing the phone will be launched on January 4th and is ... END_OF_DOCUMENT_TOKEN_TO_BE_REPLACED

Xolo is all set to launch a new phablet with 5.7-inch display called Xolo Q3000. The smartphone appeared online in a Flipkart listing, Xolo has not officially launched the smartphone. This is the second phone after LT900 Xolo’s 4G smartphone that spotted online. ... END_OF_DOCUMENT_TOKEN_TO_BE_REPLACED