Some images have surfaced online showing the Android 4.4 KitKat or KeyLimePie, the images show that the OS is still referred as KeyLimePie and not KitKat. Google has announced that the next Android version will be called KitKat and not KeyLimePie. The images are posted by Gadget Helpline site and reported widely.

The images are not confirmed as of now, so take them with a grain of salt, but they are inline with the recent Nexus 5 leaks. Remember Google internally called Kit Kat as KeyLimePie till it announced to prevent leaks, so this is not surprising that the OS carries KeyLimePie references. The UI has not changed much except some minor changes from Jelly Bean to Kit Kat. The new features list includes payments options something related to NFC payments. There is also a printing option where users will be able to print photos through a printer or save as a PDF. Wireless display option to beam to Television probably through Miracast. New photo editing options with filters and all. There are some changes in the notifications icons, dialer and other areas. Preloaded Drive, keep, and Quickoffice apps. Hot the source link to see more images. 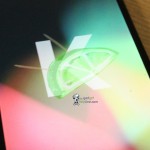 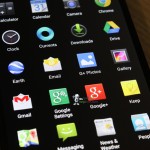 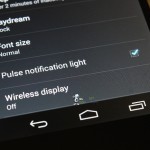 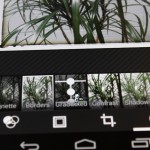