Microsoft has announced a pair of tablets called “Surface” at an event held at Milk Studios in Hollywood CA. Microsoft Surface tablets run on Windows 8 RT and Windows 8 Pro versions of the next version of Windows OS.

The Surface tablets feature 10.6 inch ClearType HD Display, and ridiculously thin, the Windows RT version is just 9.3mm in thickness. These tablets comes with a kickstand and a touch and type cover, similar to the Apple’s Smart Cover for iPad. The cover is 3mm thick and is pressure sensitive and features a fully functional keyboard. The optional cover is connected to the tablet by magnetic click. Surface tablets come with a “Vapor-Mg” for protection, created using Magnesium. Surface will come in two flavors one running ARM chipsets featuring Windows RT and other running third-generation Intel processors running Windows 8 Pro. The pricing details of the devices are yet known but are expected to cost in the range of other ARM tablets and Intel powered Ultra books. Windows 8 RT running Surface is to be released along with the Official release of Windows 8, that is expected to happen in October this year. And the Windows 8 Pro running Surface will come to the markets after three months of Windows RT Surface launch, that means it might come somewhere in next January. 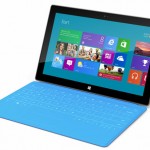 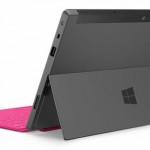 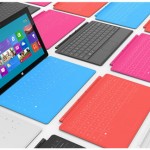 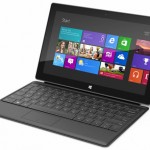 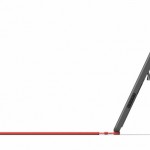