Samsung is unveiling Galaxy and Ativ devices at an event in London on June 20th, it is expected to unveil Samsung Galaxy S4 Zoom, the camera focused phone at the event. Ahead of the event pictures of the S4 Zoom leaked suggesting a Galaxy S4 Mini like device with Camera on the other side. If you look at the photos the device looks bulky unlike the recent smartphone launches this phone is heavier with a dedicated camera on the other side with optical zoom.

According to the leaks it is powered by a 1.6GHz dual-core processor, and comes with a 4.3-inch qHD Super AMOLED screen, 16MP rear camera with optical zoom, 8GB of internal memory with support for micro SD card for memory expansion upto 64GB. Connectivity options include Wi-Fi, Bluetooth 4.0, GPS and voice calling. S4 Zoom has a dedicated shutter button on the right side along with volume rocker which acts as a zoom button in the camera mode. It is allegedly runs on the Android 4.2.2 Jelly Bean with TouchWiz UI.

Galaxy S4 Zoom joins the Galaxy S4 lineup that includes S4, S4 Mini, S4 Active. Samsung is expected to announce it in the London event on June 20th along with Ativ line of devices running Windows 8 and Windows Phone 8. 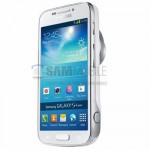 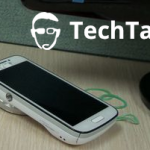 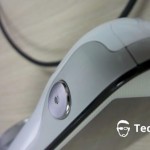