Samsung has finally announced the Galaxy SIII after months of speculation and leaked images. As expected Samsung unveiled the Galaxy SIII, the most anticipated Android device of the year. It comes with impressive specs including 4.8inch display, 8 megapixel camera and more.

Samsung unveiled Galaxy SIII at a London Event today, it packs 4.8 inch HD Super AMOLED display. A 8 megapixel camera on the back and a 1.9 megapixel camera on the front which offers features like facial recognition. With the “Smart stay” feature the Galaxy SIII can recognize whether you are reading an e-book or browsing the web, it can also identify your eyes to the keep the display bright with out dimming it.

Other specs of the device include Full HD video at 1080p, pop up play which brings picture in picture to the smartphone. Connectivity options include Wi-Fi, Bluetooth 4.0, NFC, GPS/GLONASS. The phone is available with 16GB / 32GB internal memory, 64GB models will be available soon. The phone weighs 133g with 136.6x 70.6 x 8.6mm dimensions. In select markets the phone will support 4G.

Galaxy SIII also brings  Siri like voice app called “S Voice”, the natural language user interface that can listen and respond to your words. It can also be used for issuing commands like snoozing the alarm, playing your favorite songs, or to automatically launch the camera and capture a photo. 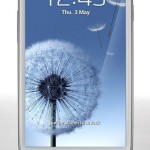 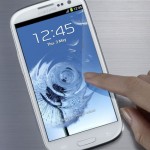 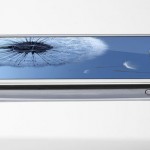 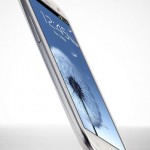 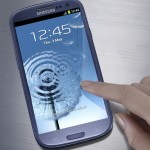