Sony has announced the Xperia Z1 smartphone at IFA Berlin today. Xperia Z1 was teased before and is now official, as rumors said the main focus of this smartphone is its camera at 20.7MP camera. It is the latest flagship from Sony after Sony Xperia Z announced at CES in January. Xperia Z1 with the gigantic lens is an answer to Nokia’s 1020 device. Xperia Z1 is a 5-inch phone made with single aluminum frame. It also comes with tampered glass both on the front and back. Like other Xperia Z series phones it is also a water and dust resistant phone with IP55 & IP58 certification.

Xperia Z1 features a 5-inch TRILUMINOS display with 1080p resolution. It packs the Qualcomm’s Quad Core Snapdragon 800 processor clocked at 2.2GHz with integrated LTE. The phone packs a 3000mAh battery under the hood to power up the device. On the memory front it comes with 2GB of RAM and upto 16GB of internal storage along with a micro SD card slot for expanding the memory upto 64GB.

The main focus of the phone is the Sony’s G Lens used with 27mm wide angle with F2.0 aperture, a large CMOS image sensor Exmor RS for Mobile with 20.7-megapixel. It also comes with BIONZ image processing technology. The phone is also compatible with the announced QX10/QX100 Camera lenses that can attached to smartphones.

It will be available globally from this month onwards. Xperia Z1 comes in Purple, Black and White colors. 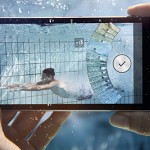 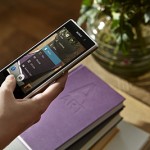 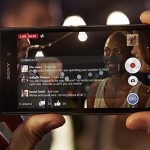 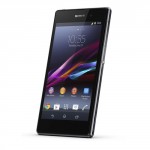