You are here: Home / Archives for Android Game Console 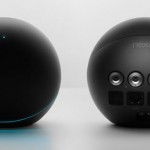 Google is reportedly working on an Android gaming console, a smart watch and a version of Nexus Q according to WSJ. Citing sources familiar with Google plans the report says Google seeks to spread the Android software beyond smartphones and tablets. With these devices “Google is hoping to combat s ... END_OF_DOCUMENT_TOKEN_TO_BE_REPLACED