You are here: Home / Archives for Galaxy Round 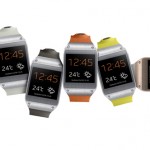 Samsung has released the Galaxy Gear smartwatch back in September with the highly anticipated Galaxy Note 3 smartphone. The Galaxy Gear marked the entry of Samsung into wearable tech, but it is not one of the glorified entries for Samsung as Galaxy Gear is not selling as expected. According to a ... END_OF_DOCUMENT_TOKEN_TO_BE_REPLACED 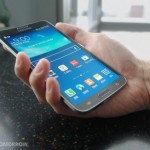 Samsung has finally unveiled the much talked curved OLED display smartphone named Galaxy Round. This phone is slightly curved and not Round as the name suggests. The Galaxy Round will be available from October 10th onwards on South Korea’s SK Telecom. This phone has a vertical curve that gives it a c ... END_OF_DOCUMENT_TOKEN_TO_BE_REPLACED