You are here: Home / Archives for Mega Android 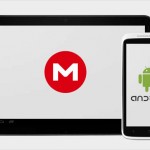 Mega has released an official Android app today, you can download the app from the Google Play store now. According to Mega both iOS app and a Windows Sync client are in the final stages of development and they will be released soon as well. The Mega Android app is not new, Mega acquired a third ... END_OF_DOCUMENT_TOKEN_TO_BE_REPLACED