You are here: Home / Archives for Myst 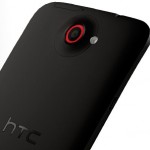 If you remember, HTC had released two phones, HTC ChaCha and HTC Salsa, which had inbuilt Facebook integration with a dedicated Facebook button. For long there were rumours of a Facebook phone to be launched by HTC and finally HTC launched not one but two of them. However these phones failed to do ... END_OF_DOCUMENT_TOKEN_TO_BE_REPLACED