You are here: Home / Archives for Obi Mobiles 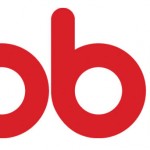 John Sculley is the Ex-CEO of Apple who is famous for firing Steve Jobs in the early days of Apple. He is backing a smartphone brand, several reports claimed earlier and the brand is called Obi. Obi Mobiles has launched its operations in India according to a report. The Obi Mobiles is headed by Ajay ... END_OF_DOCUMENT_TOKEN_TO_BE_REPLACED