You are here: Home / Archives for PS4 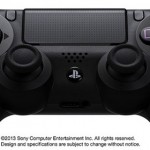 Sony announced PlayStation 4 at an event in New York with social features and more. The gaming console will make a debut in this year, perhaps by the end of the year before the holiday season. Pricing of the console is also not announced, that is for another day I guess. Sony also announced ... END_OF_DOCUMENT_TOKEN_TO_BE_REPLACED