You are here: Home / Archives for smart glasses 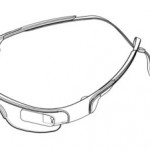 Samsung might launch a Google Glass competitor in September according to a report on Korea Times. The device is named “Galaxy Glass” as everyone’s guess, the device will launch at the IFA trade show in Berlin according to the report citing unnamed Samsung executives. Samsung earlier launched Galaxy G ... END_OF_DOCUMENT_TOKEN_TO_BE_REPLACED