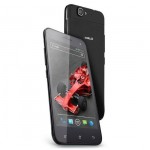 Xolo has launched Q1000S Android smartphone in the country. It is launched at a price of Rs. 18,999, at this price it is going to compete with several handsets including recently launched Canvas 4, other handsets at this price point with similar specs include iBerry Auxus Nuclea N1, Karbonn Titanium ... END_OF_DOCUMENT_TOKEN_TO_BE_REPLACED 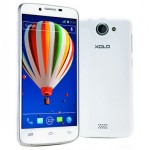 Xolo is all set to launch a new smartphone in its Q series of phones with 1.5GHz Quad Core processor. According to a report on NDTV Gadgets it will be launched at the end of July with a price tag of Rs. 16,999. The smartphone is reported to be just 6.8mm thickness and runs on Android Jelly Bean OS. ... END_OF_DOCUMENT_TOKEN_TO_BE_REPLACED