LG has officially unveiled the LG Vu 3 smartphone, this is the third iteration of the Vu series of smartphones. They come with large screens with 4:3 aspect ratio. The latest iteration Vu III is a 5.2-inch device with 4: aspect ratio, it comes with some LG G2 goodness in terms of hardware and will compete with the Galaxy Note 3 released recently.

LG Vu 3 is powered by the Qualcomm’s Quad Core Snapdragon 800 processor with 2GB of RAM. It features a 5.2-inch display at 1280 x 960 pixels resolution that gives it 4:3 aspect ration, LG says that this is perfect for reading web pages and documents as the display aspect ration matches with A4 size. Although the display size is increased the device is just 0.2inches larger than the previous model, thanks to thin bezels around the device.

The device comes with a rubber rodium stylus, LG says the UX has been improved, a total of 8 different drawing tool options are available now. It comes with the Knock On feature seen in LG G2, it allows users to wake the screen up by tapping the screen twice. LG Vu 3 comes with a guest mode, which lets its owners allow other people to use their phones while keeping their own settings and profile private.

LG Vu 3 has its own set of flip covers called Quick View, similar to the flip covers we have seen in several recent smartphone launches. Unlike the LG G2 Quick Window covers these covers doesn’t come with a window for accessing information, instead they are made with a translucent material through which users can access quick notifications. LG has not made it clear about the pricing, so we have to wait for sometime to know. 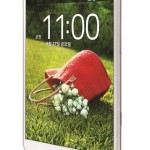 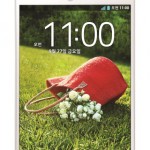 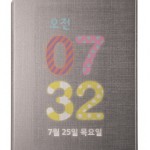 « BBM for Android and iOS coming this week?
Oppo N1 comes with Swivel Camera and Cyanogen Mod for overseas markets »