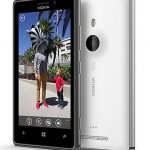 Nokia has announced Lumia 925 today at an event in London. Along with the device Nokia also announced a Smart Camera App with several new features, this camera app is not specific to the 925 but it will be available to all Lumias running Windows Phone 8. Lumia 925 has the same camera that is there ... END_OF_DOCUMENT_TOKEN_TO_BE_REPLACED 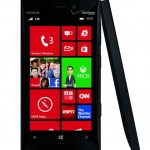 Nokia announced Lumia 928 exclusive for Verizon, it will be available from may 16th onwards from Verizon store for $99.99 on a two year contract. We have seen several rumors of 928 and finally Nokia confirmed few days back with a teaser site. The specs and hardware is similar to the Lumia 920. ... END_OF_DOCUMENT_TOKEN_TO_BE_REPLACED 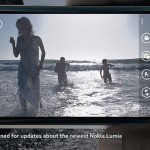 Nokia Lumia 928 was one of the most rumored Windows Phone device, after countless rumors it appears that the device is for real. Nokia has a teaser website for the Lumia 928 that shows an image of the phone, although the image doesn’t say anything about 928, the URL itself is named Lumia 928. The i ... END_OF_DOCUMENT_TOKEN_TO_BE_REPLACED