You are here: Home / Archives for ZTE Open 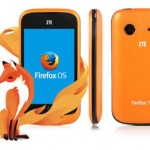 Firefox OS is getting steam slowly, it faces stiff competition from the likes of Android, iOS and other mobile operating systems, but Mozilla is hoping that carriers and OEMs will embrace its platform for its openness. Firefox OS phones till now are confined to Spain and Latin American Markets only ... END_OF_DOCUMENT_TOKEN_TO_BE_REPLACED 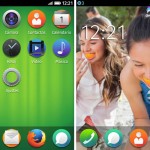 Mozilla’s Firefox OS based smartphone is landing today in Spain and will be available in other markets soon. The first phones with Firefox OS unveiled at Mobile World Congress this year are ZTE Open and Alcatel One Touch Fire, both of these phones will go on sale in the coming days. ZTE Open is the f ... END_OF_DOCUMENT_TOKEN_TO_BE_REPLACED